When the BFE 2020 Annual Conference was postponed in March 2020, I’m sure that many of us were not anticipating that we would still need to be gathering online a year later. However, thanks to the wonders of technology and the efforts of the conference organisers at Bath Spa University, the BFE Annual Conference 2021 provided that sense of community and sociability that many of us miss and gave us a thriving space to discuss its theme of Music, Culture and Nature - a theme which has only grown in relevance and importance over the past year. Coming together from locations all over the globe, delegates attended a welcome address from Professor Sue Rigby (Vice-Chancellor of Bath Spa University) and Professor Amanda Bayley (Professor of Music at Bath Spa University and conference organiser). They ushered in four illuminating days of paper presentations, panel discussions, training workshops, performances, film screenings, and social and networking events. Within the overarching theme of Music, Culture and Nature, the full breadth of ethnomusicological study was on show, as were the results of, and further possibilities for, interdisciplinary research and collaboration.These topics included gender, socio-cultural notions of aesthetics, artistic and cultural traditions, colonialism, multidisciplinary research, and environment, approached through the multiple lenses of ecologies, activism, and climate crises. 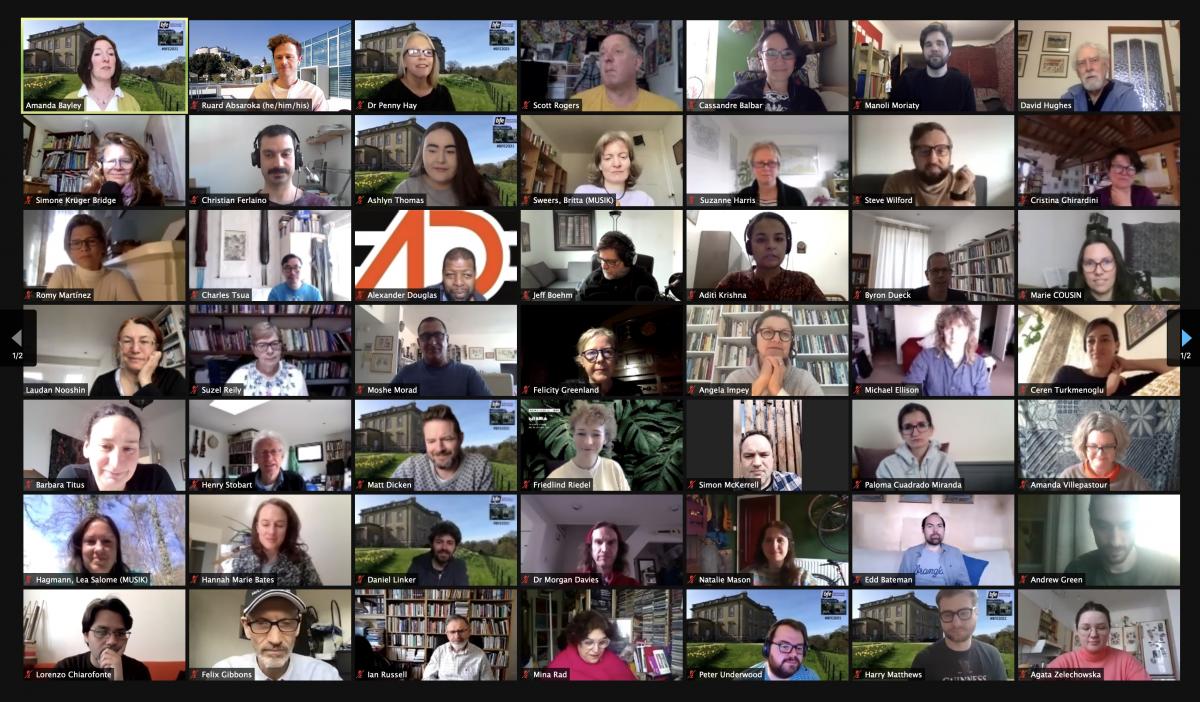 Despite the disappointment that digitally transmittable ice-cream is still yet to be invented, the first day’s SEM panel (and associated ‘ice-cream social’) was a fascinating discussion, chaired by Tomie Hahn, foregrounding the intersections between ethnomusicology and climate crises. Jennifer Post started the panel weaving ideas of sonic practice with the realities of industry and climate change, while Michael Silvers discussed lutherie in Brazil with a focus on issues of sustainability. Both these issues were linked in Rebecca Dirksen’s talk on the role of museums in sustainability and preservation, and what the effects of the changing climate are on sacred instruments in Haiti. Finally, Jeff Todd Titon provided the energising point of action for us all, in examining ‘what might ethnomusicologists do’ to assist environmental conservation based on insights gained from cultural conservation projects. These themes threaded throughout the rest of the conference, with the addition of an afternoon block folding in concepts of politics, power, and migration on day two, and issues of place and space being included in day three. Angela Impey’s Keynote considered what climate insights may be revealed through listening to contrasting rhetorical practices of weather prediction. Bringing together academic, scientific, and quotidian views on weather, she argued that our contributions may be most useful when considering disparate climate ontologies holistically, locally and globally – continuing the conference’s overall atmosphere of encouraging collaboration across knowledge practices. Drawing the second day to a close was a celebratory evening: in the first part, delegates joined current and former editors of Ethnomusicology Forum to commemorate its 30th birthday, organised by Laudan Nooshin; the second part was a musical tribute to Zimbabwean mbira master, Chartwell Dutiro (1957-2019), curated by Amanda Bayley and edited by Matt Dicken.

Alongside the wide-ranging research being presented, a number of development workshops, social gatherings and BFE meetings helped to bring our community together, as well as extending its reach to a more global audience. On offer was information about careers outside academia, an Early Career Researcher workshop and the BFE AGM. A virtual version of the much-loved ‘jam session’, coordinated by Cassandre Balosso-Bardin, showcased live music from our members, ending with a fun adaptation of ‘Nambu Ushioi Uta’ (‘Oxherd Song from Nambu’ – area of northeast Japan) by David Hughes, who led the audience participation (pictured below). In addition, the recently formed EDI Working Group hosted the BFE Equality, Diversity and Inclusion workshop, which generated honest, useful and eye-opening discussion from many members about how the BFE can assist in developing a more equitable ethnomusicology. 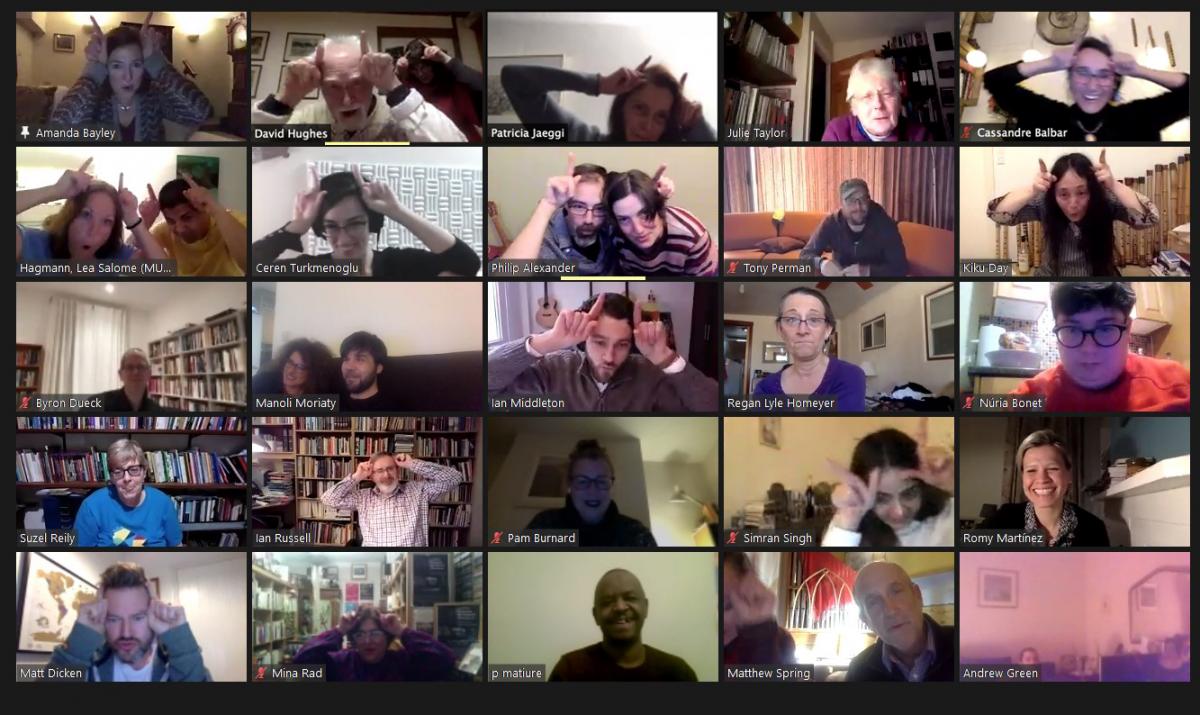 While we are all aware that the online nature of recent academic gatherings has had its frustrations, I think it is important to celebrate the positives as well – especially prescient given the conference’s theme and the recent formation of the BFE EDI Working Group and growth of the EDIMS network. Firstly, it could be argued that the ecological impact of the conference was lessened given the removal of the need for long-distance travel; and secondly, the virtual nature of the event removed a number of accessibility barriers for speakers and attendees all over the world (the conference had approximately 400 registered attendees). I hope that the success of the 2021 BFE Annual Conference will highlight further the benefits of an online conference format and that opportunities can be found to preserve these advantages going forward, as in-person gatherings slowly resume.