Worth €1.5 million, Matthew will lead a team-based project entitled ‘Past and Present Musical Encounters across the Strait of Gibraltar’ (MESG). Working alongside Matthew will be Dr Samuel Llano, a cultural historian and musicologist based at the University of Manchester. The project will also feature two 4-year postdoctoral positions and a PhD scholarship. 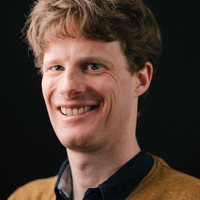 Over a period of 5 years starting in early 2018, MESG will explore how the notion of a collective European-North African cultural memory has been articulated through music for different sociopolitical ends in colonial and postcolonial contexts. Often based on the notion of convivencia (the alleged coexistence between Christians, Jews and Muslims in Islamic Spain), music has been employed as a means of social control and representation during French-Spanish colonialism in North Africa (1912–56), and as a model for multiculturalism and cultural diplomacy among North African communities in Europe today. Current scholarship on musical exchange between Europe and North Africa is fragmented, often focusing on isolated geographical case studies. There is limited understanding of how a collective cultural memory has shaped musical practice and discourse in the colonial past and the postcolonial present.

Rather than separating these historical periods, however, MESG analyses how modern-day practices of musical exchange in the region are shaped by discourses and networks formed during colonialism. Combining archival research, oral history and ethnographic fieldwork, this groundbreaking project brings together for the first time different geographical, linguistic and musical specialisms, leading towards an integrated understanding of musical exchange in the region. For the wider European context, the project is more important today than ever before. At a time of increased anti-immigration rhetoric and Islamophobia, music cannot be divorced from debates about difference that dominate in society. With musical exchange at its centre, MESG will bring about a greater understanding of how colonial legacies shape multiculturalism and intercultural dialogue at the frontier of Europe.

For more information on the project, please contact Matthew at mm2085