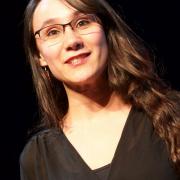 We are very proud to announce that Cassandre Balosso-Bardin, BFE member and previous recipient of the BFE Student Paper Prize, has been appointed as Lecturer in Music at the University of Lincoln! Huge congratulations to Cassandre, who gained this post in January 2017 after completing a one-year postdoctoral position working on wind instruments with a team of acousticians at the Sorbonne. This interdisciplinary project is called Geste-Acoustique-Musique, and was led by Sorbonnes-Universités and the Musée de l'Homme. During her postdoc, Cassandre worked closely with the acousticians from the Lutherie-Acoustique-Musique team at the Institut d'Alembert, UPMC, and Prof Patricio de la Cuadra (who is from the Pontificia Universidad Católica de Chile) was a guest professor for the project for one year (see http://www.sorbonne-universites.fr/actions/recherche/chaires-thematiques/geacmus.html for more information about this project).

Regarding her exciting new appointment in Lincoln, Cassandre writes:

The Music Department at the University of Lincoln opened in September 2015 and I am currently developping the BA programme with my colleagues, making sure that ethnomusicology and music from all around the world is properly included. I am in the process of setting up a new World Music Concert Series at the Lincoln Performing Arts Centre, with the first concert scheduled to take place in November 2017. Lincoln University will also feature a brand new folk/world music ensemble in the new academic year.

And here is a link to Cassandre's website, where you can find more information about her research and music projects: http://www.cassandrebalossobardin.com/ 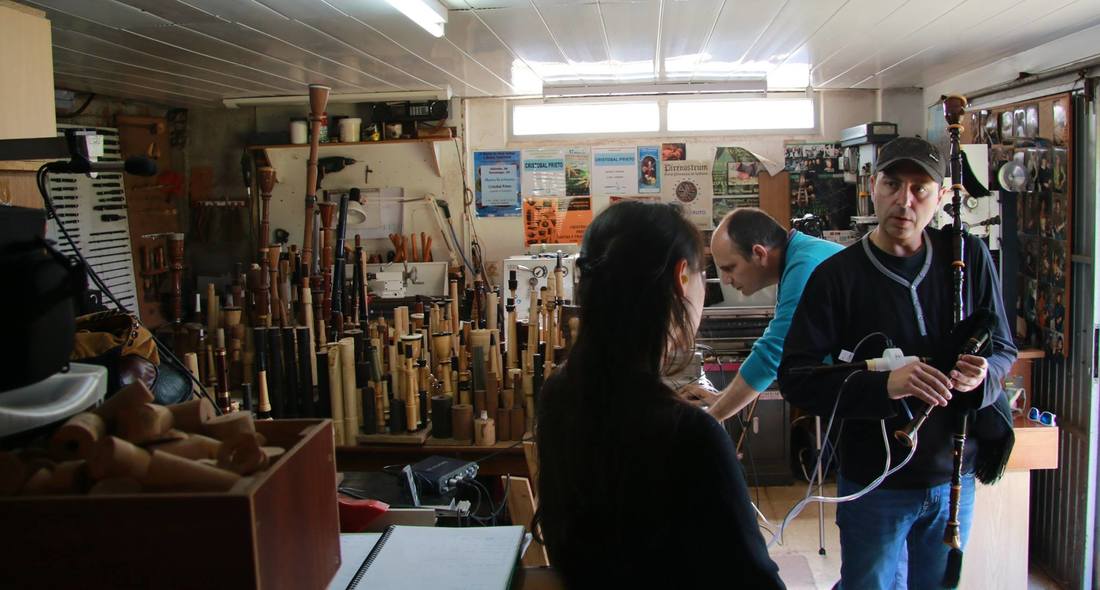 This image shows Cassandre Balosso-Bardin recording and monitoring the pressure in the bag of a Galician bagpipe with Patricio de la Cuadra (Professor in Acoustics at Pontificia Universidad Católica de Chile). The piper in the picture is Anxo Lorenzo, an acclaimed virtuoso gaitero from Galicia in Spain who plays concerts throughout Europe.