Beginning on the day that Britain might have left the EU (again), the Department of Music at City, University of London hosted the three-day Autumn Conference of the British Forum for Ethnomusicology and Société française d'ethnomusicologie. This was the second time that the two societies have come together for a conference, following on from a previous meeting at the Musée de Quai Branly in Paris in 2015. In a thoroughly amicable atmosphere, three days of thought-provoking papers highlighted the overlap between ethnomusicology and sound studies, and explored the places and spaces in which music and sound are produced, contested and consumed. 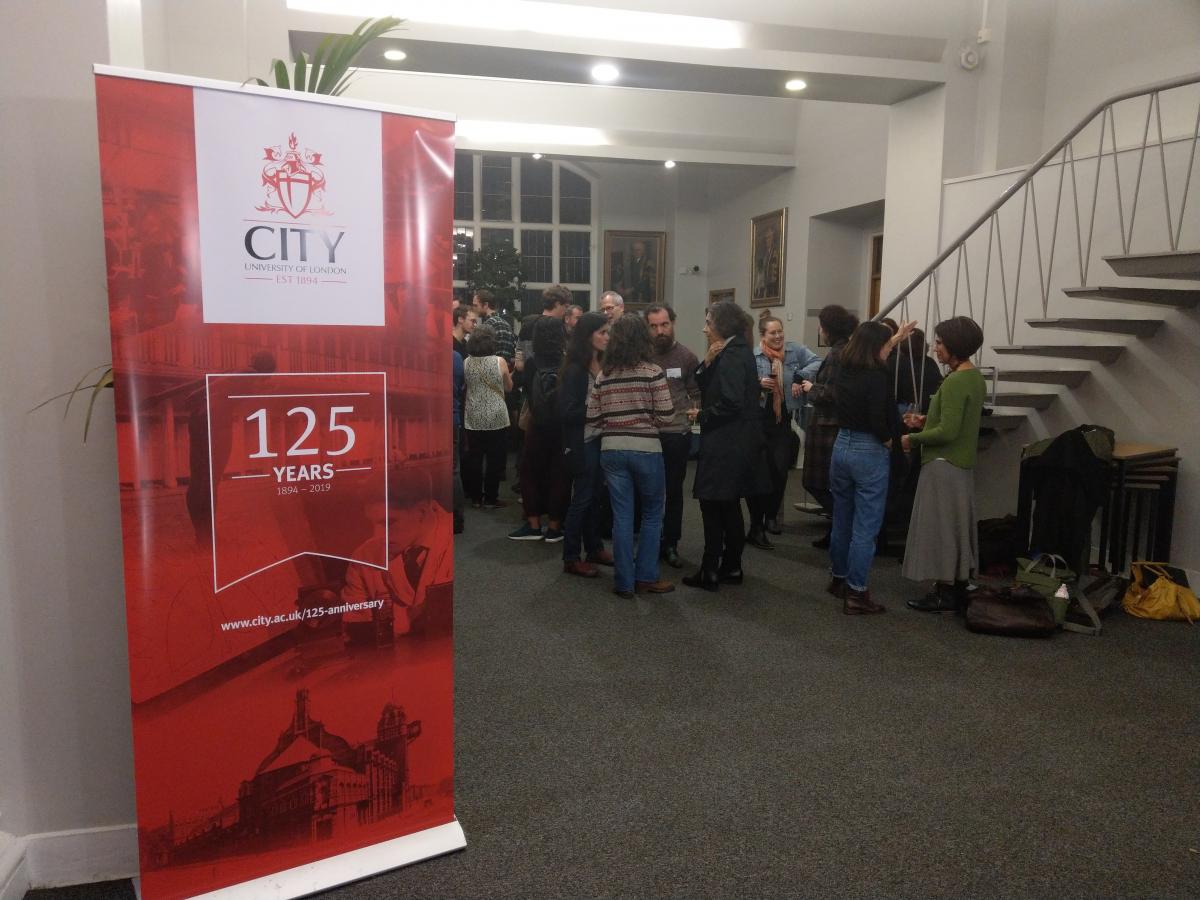 After a bilingual welcome, the first day consisted of two plenary panels: ‘Listening in France’ and ‘Mediated Listening, New Spaces and the Shifting Sonic Experience of Islam’. Papers focused upon a range of topics, including music at the 1931 'Exposition Coloniale' in eastern Paris, the forming of sound hunting clubs – both amateur and professional – using tape recorders to capture ambient sounds, the car as a counterprivate arena for Islamic ethics in the United Arab Emirates, and much more in between. In some cases the theme of ‘space and place’ was explored through a lens of disconnection, as evident in Professor Rachel Harris' (SOAS, University of London) discussion of Qur'anic recitation among Uyghurs in Xinjiang. Professor Harris described the separation of recitation aesthetics from the religious ideology: for example, a Wahhabi recitation style in a Sufi-inflected ritual, in a context where Wahhabi preachers strongly oppose Sufi practices, is possible due to it being removed from a socially Wahhabi space. The day was rounded off with two sound walks to the British Library, where Dr Janet Topp Fargion (British Library) delivered the Royal Anthropological Institute’s Annual John Blacking Lecture. Dr Topp Fargion’s presentation was entitled ‘Archiving World Music Cultures and the Impacts of Listening’, and explored a range of issues relating to the collection and preservation of sounds from around the globe. 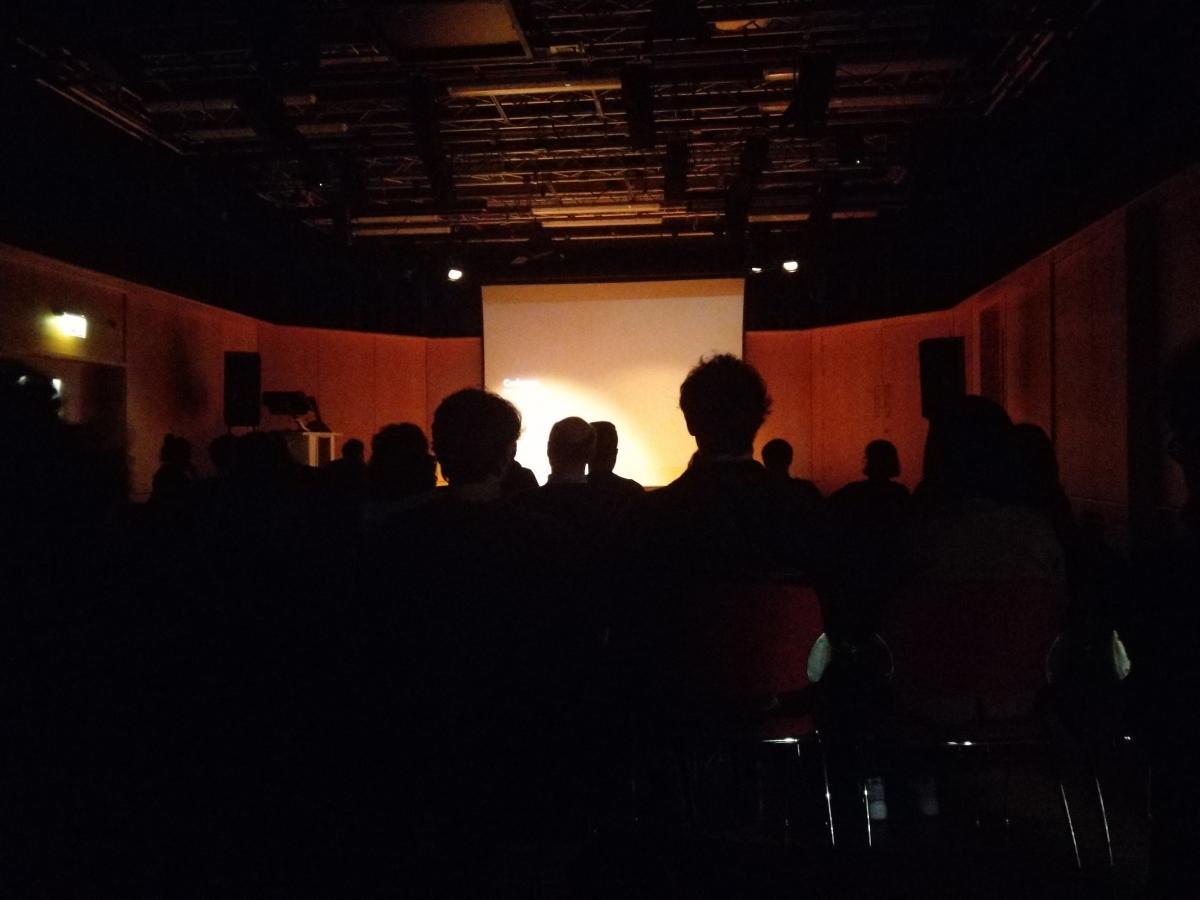 Day two was characterised by friendly duality: parallel panels, with papers in both English and French (meaning that I could only attend half of the sessions). Papers pertaining to contested, ritual, urban and judicial spaces highlighted how the environment (natural, social and physical) influences the production and consumption of music. While this may not come as a surprise, Dr Darci Sprengel's (University of Oxford) observation that working-class Egyptians say all the rubbish they see in the streets makes them aggressive, and that their music is loud because it needs to transform the noise of the city, certainly puts this into perspective. At the other end of the spectrum Dr Heikki Uimonen (University of Eastern Finland) presented ACMESOCS, a four-year Finnish project researching the carefully mediated sounds present in commercial areas such as shopping malls. It was a reminder that background music – the music we tend not to actively hear – nevertheless merits scholarly attention. 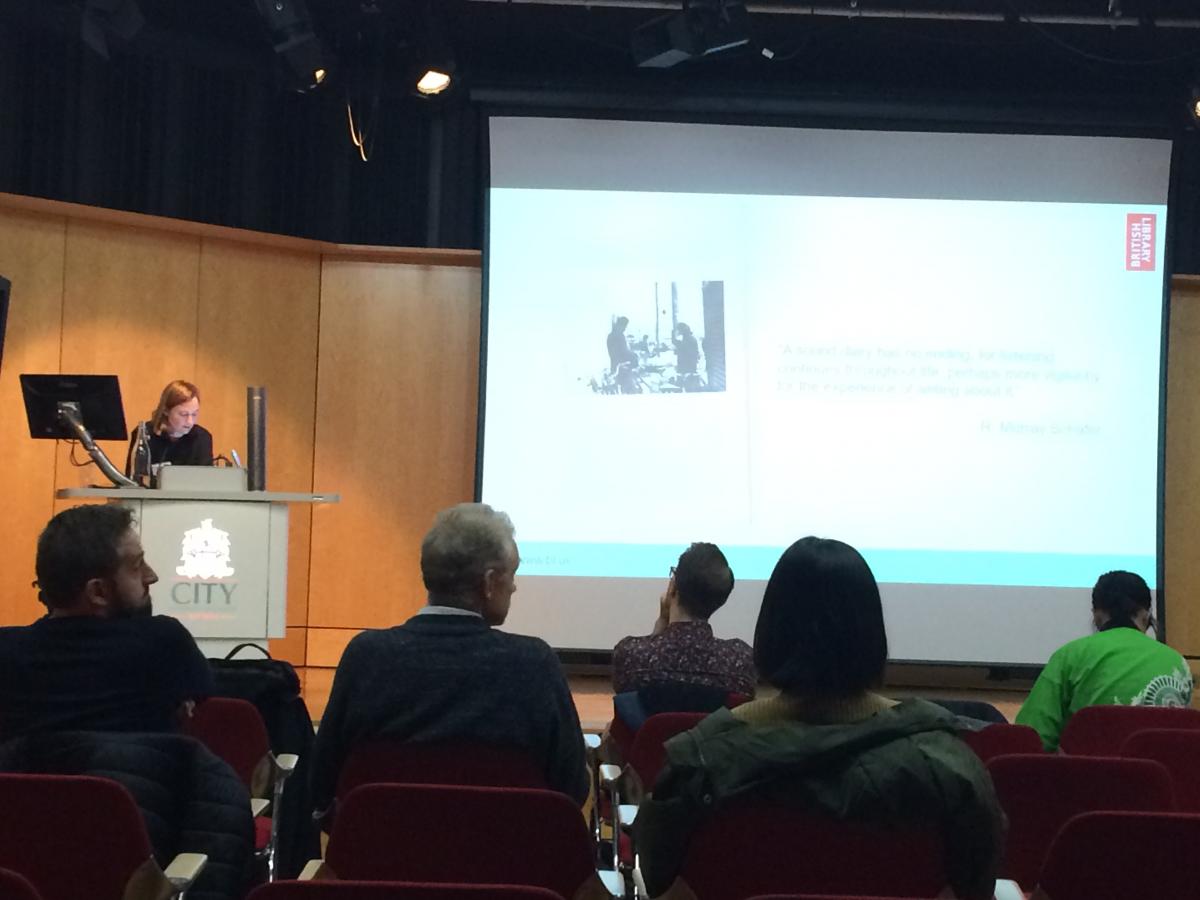 In other panels, papers discussed archaeology and archives, including some that forced us to consider elements of field recordings that are not directly the sound itself. Andrea Zarza Canova (British Library) highlighted the additional context that field notes can provide that may not be immediately obvious from the sound recording, and Jonathan Henderson (Duke) unpacked how studio processes contribute to understanding cultural practices of negotiation and power in music production. Kit Ashton (Goldsmiths, University of London), meanwhile, presented work on how music was being used to save language, through the case of Jèrriais on his native island of Jersey. 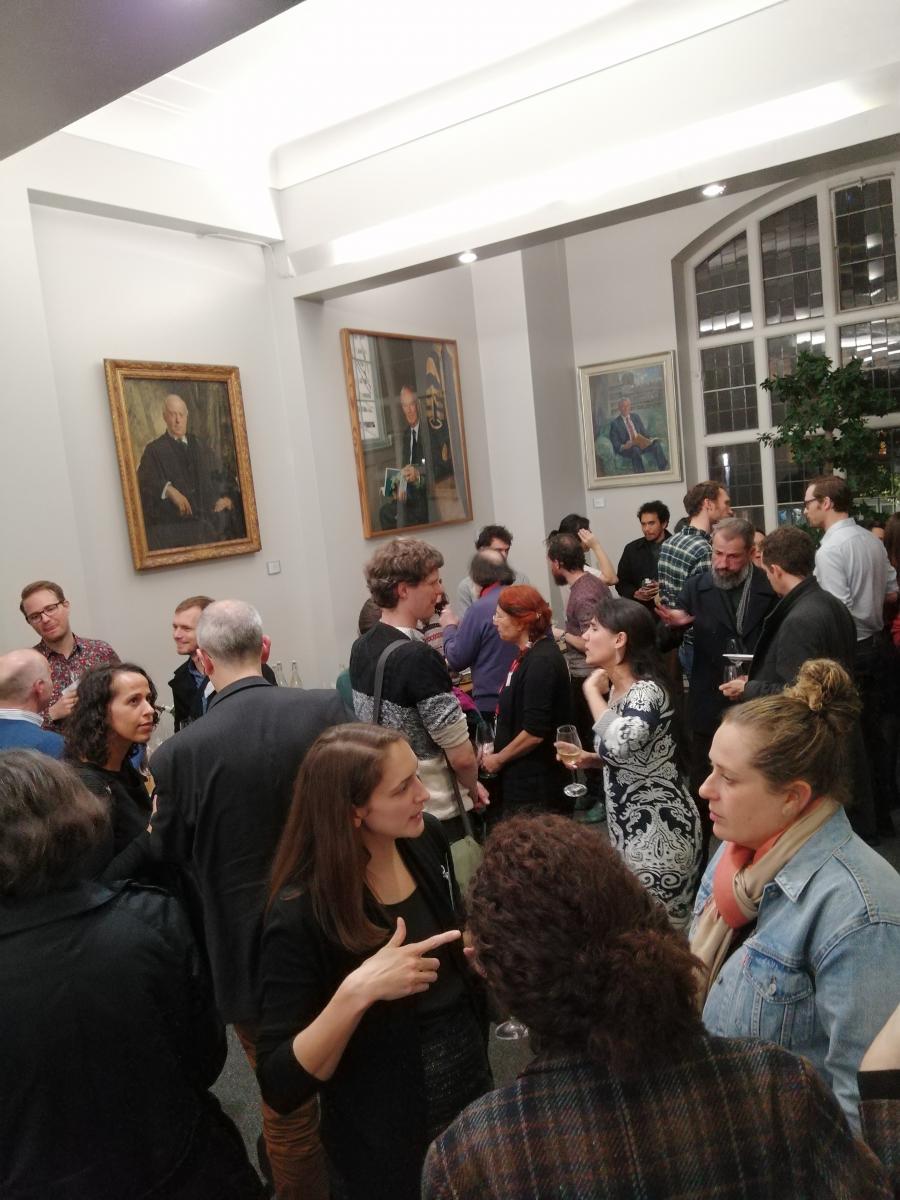 A buzzing wine reception on the Friday evening, kindly sponsored by the BFE, offered an informal space to discuss the papers presented so far, before an evening concert run in conjunction with SPARC (Sound Practice and Research at City), which featured work by sound and visual artists in response to the conference theme of 'music, sound, space and place'. 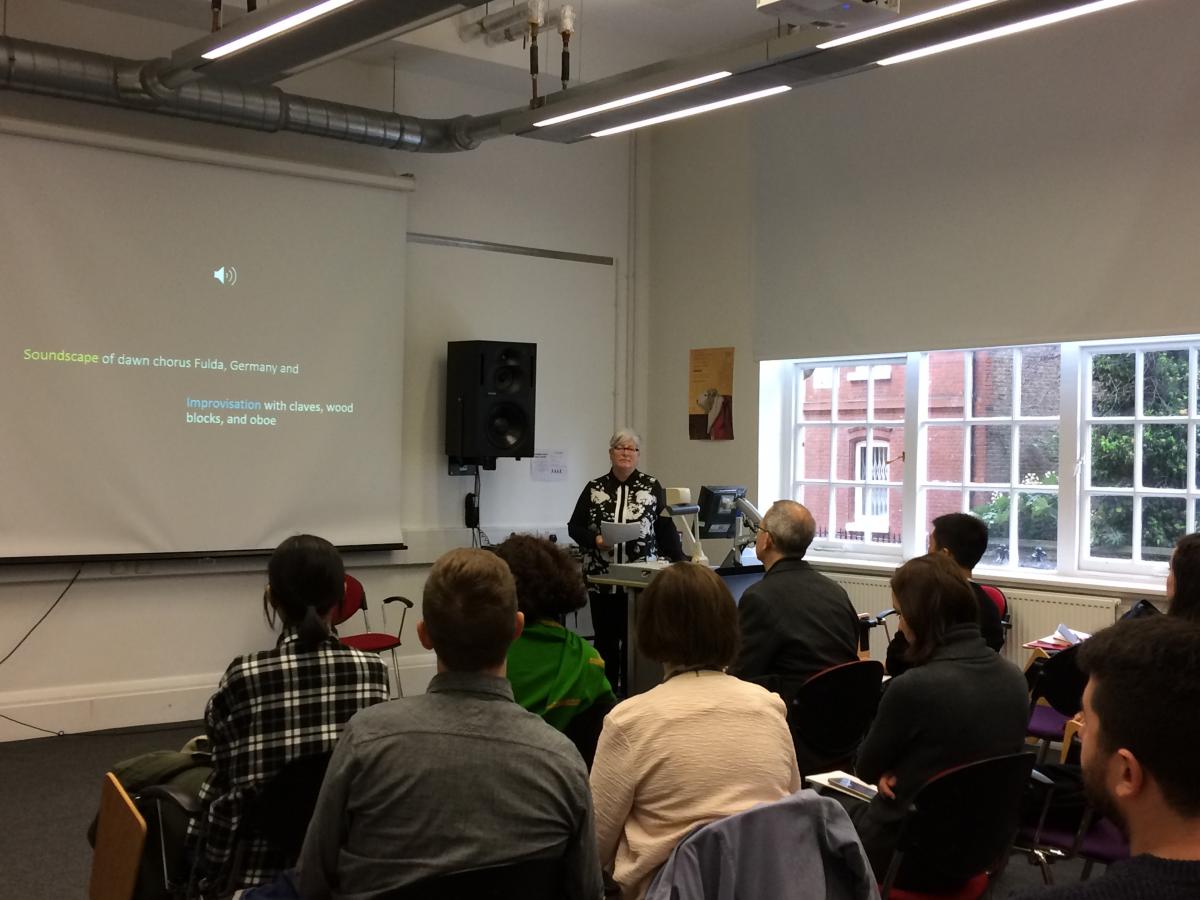 The third and final day of the conference featured excellent panels on instrumental sounds and ecomusicologies, followed by a final plenary panel on virtual spaces, which considered sound and music in Virtual Reality experience, music-making in virtual social spaces (such as mobile phones) and streaming online spaces (such as YouTube). The wide variety of research elicited by these contemporary virtual spaces seemed a fitting end to a fascinating three days that started with listening for the past in Paris. 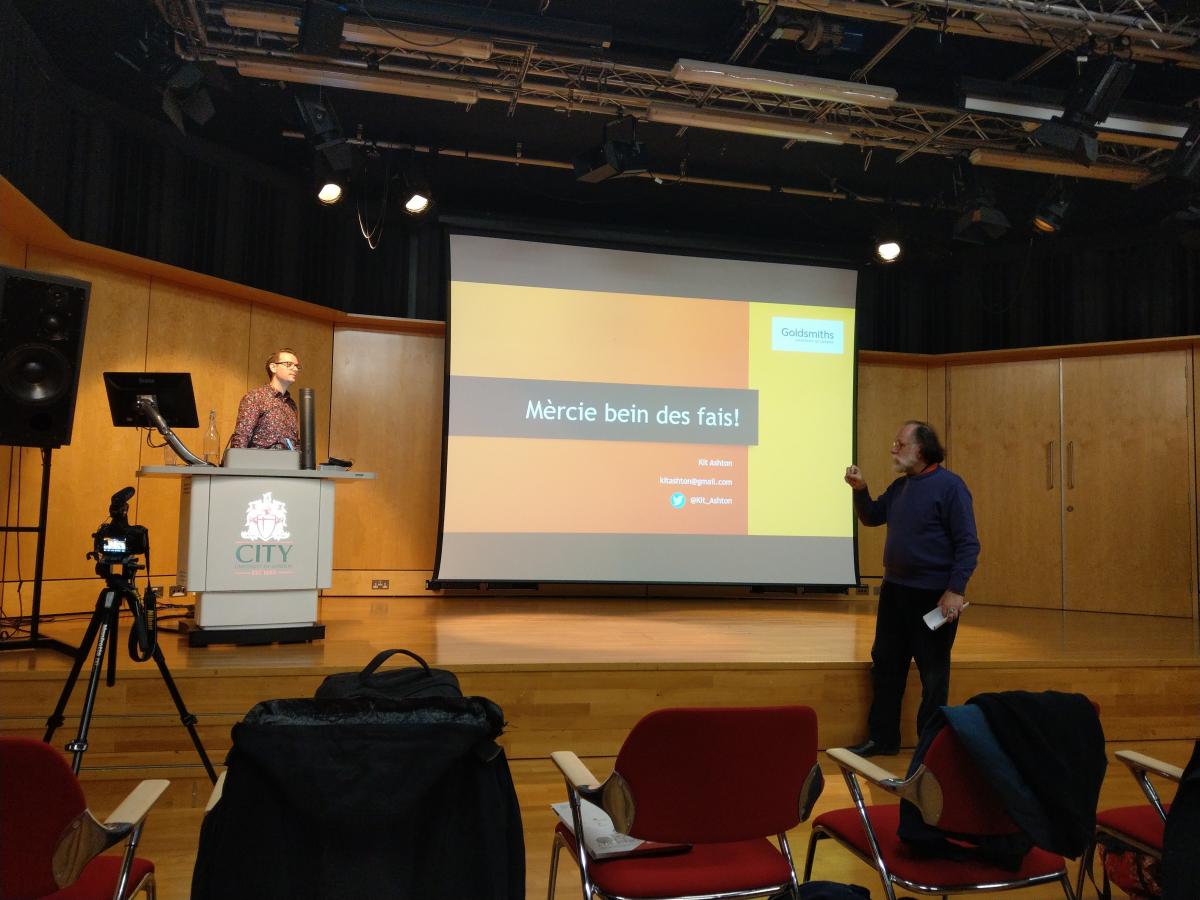 Throughout the conference the papers encouraged thinking about how physical and virtual spaces influence the type of music and sound practices we encounter as ethnomusicologists. The close relationship between ethnomusicology and sound studies was brought to the fore, echoing the relationship between the BFE and the SFE. We can only hope that this was the second of many more joint conferences in the future.