The BFE Sounding Ethnicity Study Day was a wonderfully stimulating and diverse event for students and experts alike of ethnomusicology and other related disciplines. Showcasing the interdisciplinarity of the field and its wide variety of approaches, papers presented by the eight invited speakers and a keynote address delivered by Professor Martin Stokes provided a myriad of new perspectives and considerations on the topic of music and ethnicity.

Organised by Dr Lonán Ó Briain, Assistant Professor at the Department of Music at the University of Nottingham and supported by both the BFE and the British Academy, the day got off to a promising start. Topics covered in the first session included concepts of resistance and resilience in Hmong musical and cultural identity in Vietnam (Dr Lonán Ó Briain), the representation of song and dance in Uyghur and Muslim transnational identity in China (Dr Rachel Harris) and the emergence of ‘sonic icons’ and the charting of soundworlds in Korea (Professor Keith Howard). 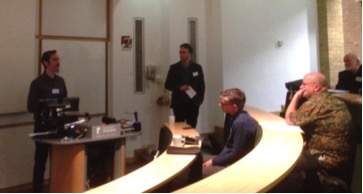 There were abundant opportunities for participants to learn from one another and find points of commonality, as well as the opportunity for lively and intelligent debate. This was the case in the following session on Laz musical culture and ethnicity in Turkey, with speakers Professor Thomas Solomon and Dr Eliot Bates engaging with various opinions and questions from the floor after their illuminating presentations on different aspects of Laz musical ethnicity.

A break for lunch offered the chance to chat about the day’s presentations and hear about the interests and research of other participants. The variety and liveliness of these conversations once again demonstrated the wonderful diversity that currently exists within the field.  It must also be noted that the quality of the catering and the service provided by staff at the University of Nottingham was exemplary. There was no shortage of choice nor any need left unattended throughout the course of the day.

After lunch, the fascinating keynote speech delivered by Professor Martin Stokes (King’s College London) neatly summed up the reflective and discursive nature of the whole day. Acknowledging the changing and evolving nature of the discipline itself, Martin expounded on the necessity to revise and update considerations of ethnicity, identity and music, with reference to his own work on the subject and in light of more recent theorizations of affect, materiality and voice. Personal insights into the origins of his 1997 text, including the influence of Oxford anthropologist Edwin Ardener, gave new perspectives on this seminal work. 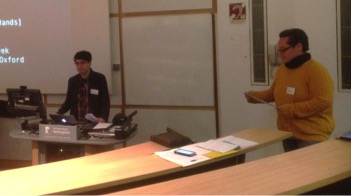 Following this, a session featuring Professor Jason Stanyek and Professor Henry Spiller offered illuminating insights into the relationship between iterations of musical identity and the place in which they are situated. In the first case, Brasiliadade/Brazilianess as expressed by idiosyncratic and entrained metrical fluctuations, particularly among diasporic and non-Brazilian sambaistas; in the second, the Sundanese gamelan musicians of Java and the links to their environment via bamboo anklung instruments. The relative proliferation of players of Sundanese gamelan in the audience made for a lively ensuing discussion.

The last paper of the day - delivered via Skype by Dr Nomi Dave from her office at the University of Virginia - demonstrated the influence (and wonders!) of modern technology, and tied in nicely with some of the other presentations of the day which addressed the influence of technology and media in sounding ethnicity. Nomi's exploration of the fluctuating nature of power relations, resistance and the state neatly referred back to the first paper of the day.

Indeed, several themes wound their way through the various sessions, regardless of methodology or geographical region: the multiplicity of musical expressions of ethnicity; the dichotomy of defining oneself against others and promoting continuity and connectedness; protest and resistance in parallel with sustainability and resilience. The recurrence of these themes exemplifies the common ground that we find in these disparate iterations of musical identity.

Delegates took advantage of the opportunities to socialise at the wine reception and conference dinner, both of which were again extremely well organised. Congratulations to Dr Lonán Ó Briain and his colleagues for a thoroughly enjoyable and well-run event are very much deserved. The collegiality and openness of the event and the diversity of approaches to the area were some of the many highlights of this successful study day. 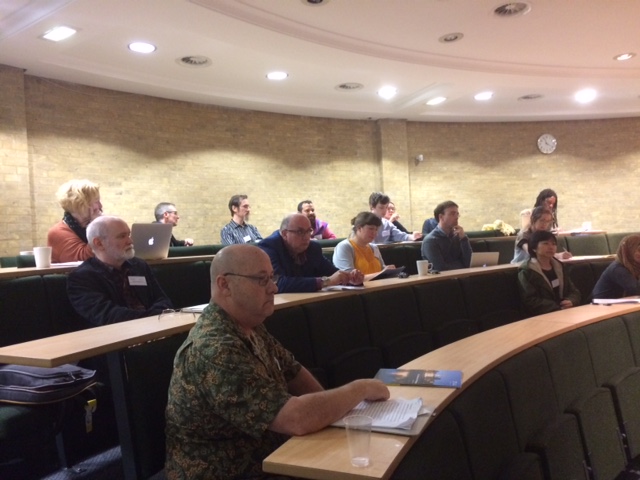