Department of Music, University of Sheffield

The BFE’s 2017 Annual Conference, hosted by the University of Sheffield, had as its theme ‘Tradition Today’. The theme was addressed in an array of presentations, with further reflection on it provoked by informal discussions inside and outside the university’s striking Diamond building, by fascinating musical and gastronomic experiences, and by the university area’s ethnically diverse locals and locales.

The conference highlighted the interdisciplinarity of ethnomusicology even as it revisited longstanding disciplinary preoccupations – for example, the importance of understanding not only musics, but the people who make them. Thought-provoking papers, drawing on research conducted around the globe, discussed music and tradition in relation to religion, identity, politics, popular music, composition, recording, minorities, migration, diasporas, ecoactivism, environmental performance, collaborative research, and education, among others.

Highlights included a special roundtable on ‘The Ethics and Aesthetics of Studying Music in Situations of Conflict and Violence’, at which some attendees found themselves holding their breath as accounts of risks encountered during fieldwork were related. Keynote speaker Michael B. Bakan presented a multi-dimensional exploration of ‘tradition today’, suggesting moral and ethical ways our field might respond to an era of crisis and uncertainty. The customary open mike event following the conference dinner allowed scholars to share their knowledge of musical traditions through performance. During the concert, two Greek colleagues and I sat with a table of academics from China, Kazakhstan and Australia, an arrangement that granted us some truly constructive and engaging moments of mutual learning. The closing plenary session, entitled ‘Ethnomusicological Traditions Today?’ addressed vital issues including the development of new pathways in education and ethnomusicology. Invited speakers and audience members reflected on how the teaching of ethnomusicology informs the tradition of the field and its future directions. 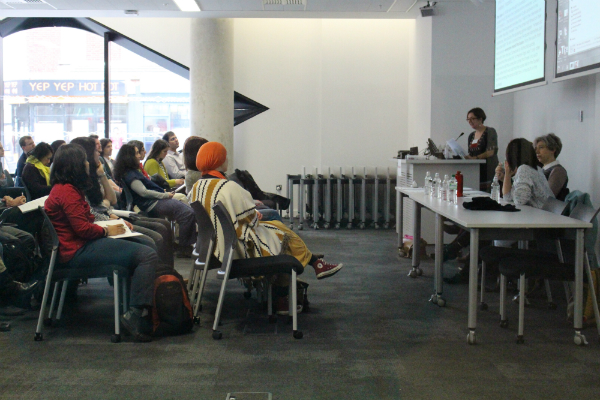 Once again, the annual BFE conference was a reminder of the importance of community as an integral part of tradition. The members of our scholarly community cultivate our disciplinary tradition and influence society at times of intense instability. Thanks to all of the participants who contributed to this work at the event. And special thanks to the Local Arrangements Committee – Simon Keegan-Phipps, Helen Gubbins, Timothy Knowles, Kate Walker, Michael Walsh, and above all, the tireless chair of the committee, Andrew Killick – for the immense effort they put into this highly successful conference. 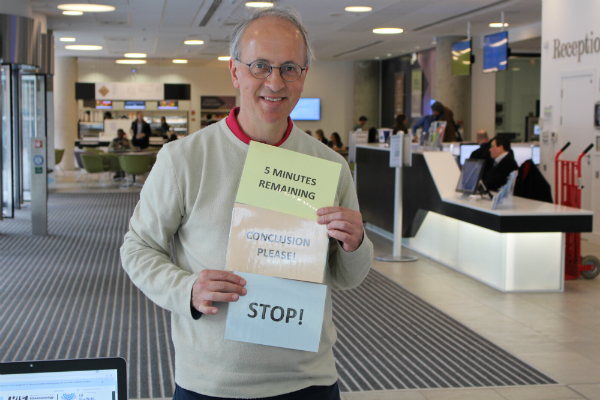 Andrew Killick, chair of the Local Arrangements Committee, with some notices to help keep presenters to time (Photo by Helen Gubbins)